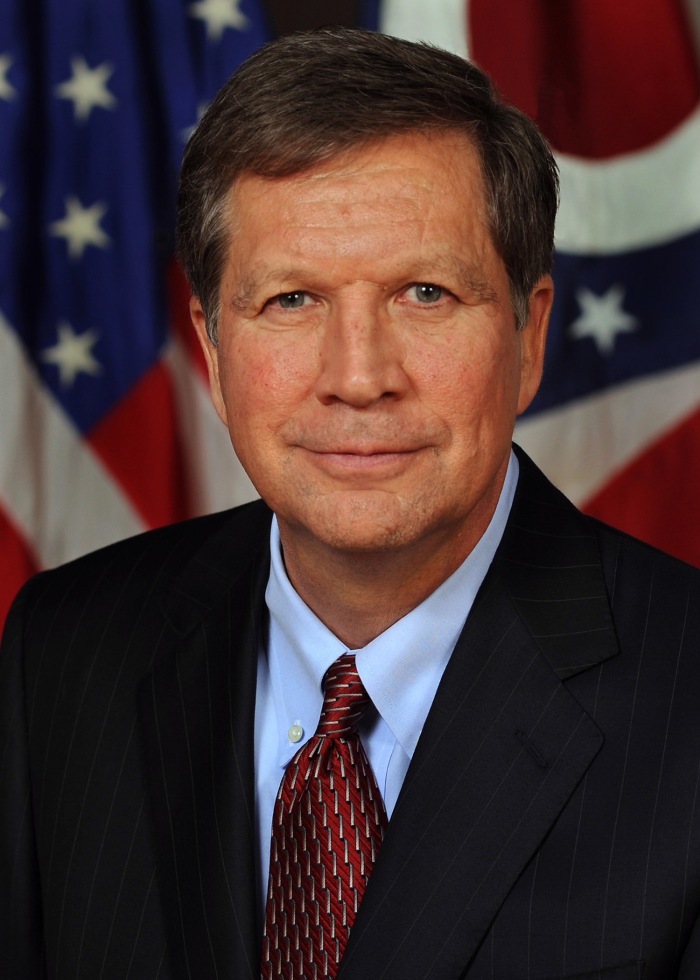 “John Kasich Is the Real Deal: Pay Attention To Him” is an article published in Forbes magazine in the July 24, 2015 issue by contributor John Zogby. Needless to echo John Z! John K. does indeed have an impressive resume which makes him the most qualified candidate for the presidency. Most unfortunately however, to have impressive credentials is well beyond the requirements to bid for the Oval Office; one would say that John K. is over-qualified when compared to some past presidents (including current one) and all the candidates who vie for the occupancy of the White House in 2016. The requirements to bid for and possibly become the most powerful individual on planet earth are very low and quite simple; anyone, well almost everyone could meet the requirements.

John Kasich is the latest Republican entrant into the race for the White House; there is something different, something refreshingly different about him. No, I am not talking about his credentials; I am not talking about his good look either. Hmm! Hmm! Even his “stepping into the campaign ring” was different; contrary to all the others who are running to repeal Obamacare and undo everything Obama, John K. is running “to govern.” “We’re not in this to get elected, we’re in this to do the right thing,” So, don’t expect John to make empty promises.

To the chagrin of many, John’s approach may not get traction in American politics. For starter, his late entry puts him at a serious disadvantage; John’s poll number (between 10th & 11th place) may be too low to be listed among the top ten candidates Fox Network will allow to participate in the first debate slated for August 6, 2015 at 9pm in Cleveland, Ohio. John will also face voters who prefer ideology (red meat, talking points) over substance; the other candidates have no qualm throwing “plenty of red meat” to a hungry crowd. Case in point, Donald Trump is at the top of the republican ticket (for now anyway), having appealed to voters’ impassion on immigration. Although there is plenty of time for voters to shake things up, past experience taught us that ideology and mudslinging are what matters in American politics. Remember 2012? Well, I do. When Newt Gingrich became the Republican frontrunner, it simply took a week of “carpet bombing” (mudslinging) by candidate Mitt Romney to dethrone Newt. In other words, despite their expressed disgust for such behavior from the candidates, the constituents (Democrats & Republicans alike) always support the best “mudslinger”. Unless John Kasich changes strategy, begins the campaign of mudslinging (plenty of money is needed) and strives to become the best mudslinger, one should expect him to drop out early in the process, perhaps after the South Carolina primary voting, quite possibly before that. So, why did John K. even bother?

Since his ascension into the political arena in 1978 as Ohio Senator representing the 15th District, John has been very successful defeating his opponents, most of the time by very large margins. However his win streak ended when he ran for the Oval Office in the 2000 presidential election; Mr. Kasich did so poorly he even had to drop out of the race before the Iowa Straw Poll. For the next decade John K. worked in the private sector in various capacity including hosting his own show at Fox Opinion Network (referred to by most as Fox News Network) and guest hosting The O’Reilly Factor filling in for Bill O’Reilly. In 2010, John returned into the political arena, ran for governor of Ohio and defeated his opponent, the incumbent Democratic Governor Ted Strickland. If history is any guide, John would easily return the White House to the Republican if he becomes the nominee.

However, despite his impressive credentials and his many past political wins, John is not without fault; he served on the board of directors for several corporations including the infamous Lehman Brothers which he joined in 2001 as managing director of the investment banking division. Mr. Kasich stayed through the company bankruptcy and collapse; ironically, Mr. Kasich received bonus over $430,000 in 2008 – that’s in addition to his $183,000 salary -, the same year Lehman Brothers went bankrupt. John is no stranger to being compensated for failure.

So, what should the voters expect from a John Kasich candidacy? If he should make it past the Iowa Straw Poll (eliminated from the election process), John Kasich would be reminiscent of Jon Huntsman – 2012 Republican presidential candidate – who dropped out of the race after coming in third place in New Hampshire.

One thought on “Is John Kasich The Real Deal?”