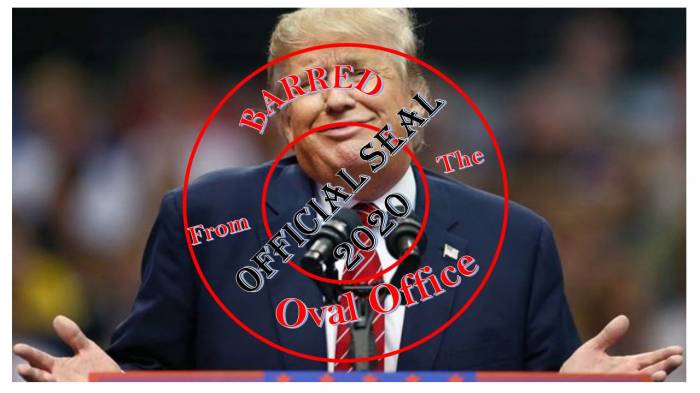 Trumpeteers! The answer is NO. Even if you sell your souls to the devil, Trump will not be re-elected.

All the angels in heaven (working with all the devils in hell) cannot help Donald Trump get re-elected in 2020. Sorry! Not in this lifetime.

Republicans in general, Trump’s fanatics in particular salivate over the idea. In fact, in the Republican circle, it is believed it should be a breeze for Mr. Trump to secure a second term.

In the Democrat circle, it is a sound as dreadful as a bullet coming out of a firearm. Democrat leaders wouldn’t hear of it. Some would rather cut a limb to prevent such disaster from happening, again. Most pray fervently to God Mueller to deliver them (and the country) from evil Donald Trump which has plagued the nation and threatened to engulf its residents in the fire of Hell.