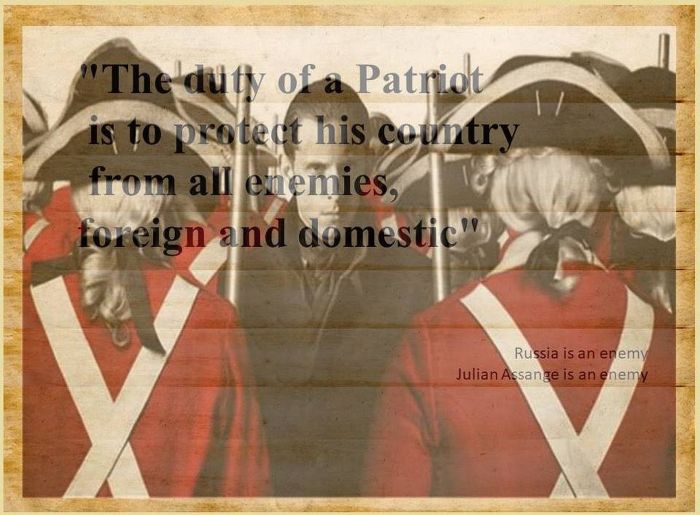 Time and again, they prove to be anything but… Their actions (against the Republic) puzzle our allies and even baffle our enemies. Despite repeated claims, most Republicans have no concept of patriotism (many equate citizenship with patriotism). For instance, beginning with the 2016 presidential race, the public collaboration of their President Donald Trump with US number one enemy Russia, the silence of their GOP Representatives in the face of such egregious acts by a foreign government need no explanation to ascertain that Republicans’ allegiance is not with the United States of America despite their over-exerting effort to claim otherwise.

To top it all off, Republican voters cheered at the idea of foreign entities meddling in our elections to satisfy their craving for victory, even at the cost of our democracy. This is the Republican Party from top to bottom.

It seems completely impossible for their brains to process the simple concept that the interference of foreign actors in our system of democracy is not acceptable under any circumstance.

FYI: This topic is the last of three (Ignorance, Racism, Lack of Patriotism) discussed here in this forum in an attempt to understand the behavior observed by everybody but denied by those who are affected by it. Because of its importance, it is discussed last in the series.