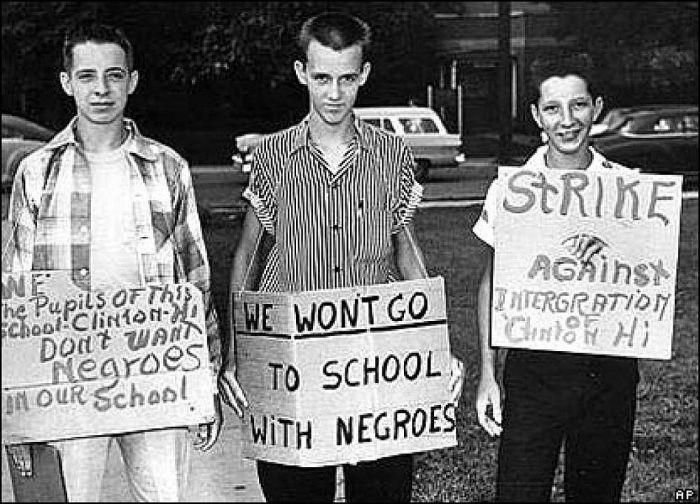 Follow @mducheiney
For the past several decades, Republican Leaders across the country have deliberately and methodically advanced their political career by nurturing the most vulnerable and the most damaging human emotion in their constituents, hatred, prejudice, bias all of which has roots in the racism instituted, tolerated, condoned by White society beginning in the dark period of slavery here in the United States. Beyond emancipation (of the slaves), racism has been used in America by many Whites as a weapon to kill blacks without accountability and a wall to prevent them from moving up, moving forward and moving on. To that end, Republicans have been largely successful casting Blacks as villains; GOP leaders have always posed as heroes whose main goal is to rid society of the villains. It should not surprise anyone that Donald Trump used the very same approach in his bid for the presidency of the United States.