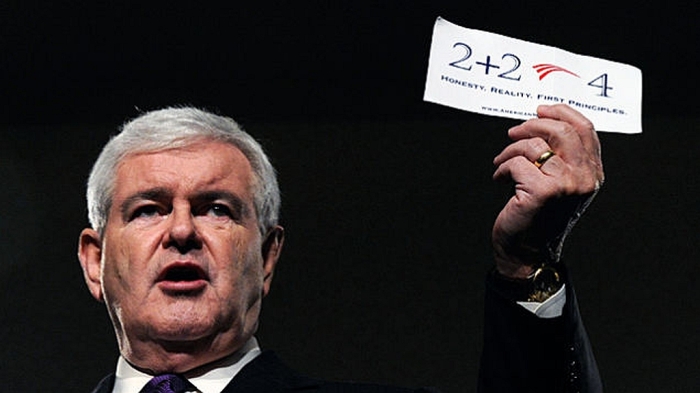 Newt is a Math Wiz

Follow @mducheiney
Meet Newt Gingrich, Donald Trump’s new chief of staff. Yes, Reince Priebus stills has the title but not for long. Besides, according to most reports and leaks, Reince’s role in the Oval Office has been mostly that of Donald Trump’s assistant. Mr. Priebus has overextended his stay anyway.