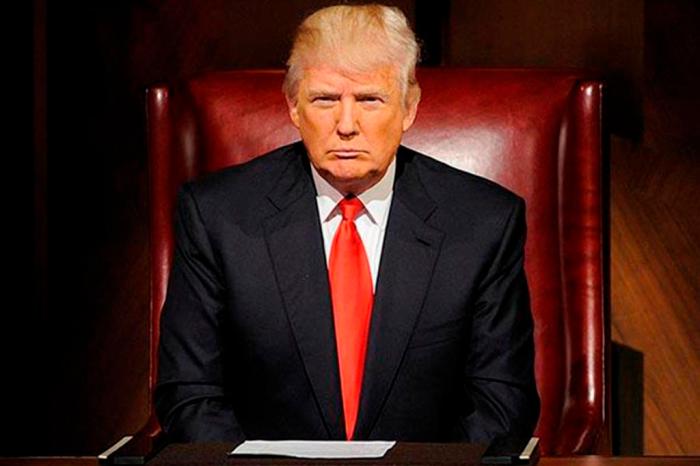 I can already hear the chorus across the nation screaming (I mean singing), oh no, oh no, oh no o o o o o! If I may ask, what’s wrong with Donald Trump becoming the Republican nominee? Since he announced his candidacy for president, political experts, strategists, analysts of all creeds have come to one common conclusion – they would have been better off consulting with a psychic – that the Donald Trump candidacy would not last long; Mr. Trump would get his 5-minute fame and go away. Not me! I correctly concluded that Mr. Trump, being a businessman first, would look at running for president much like a business venture. Trump keeps a close watch on the bottom line and weighs the pros and cons of any investment. As such, I expected Mr. Trump to bow out of the race if he weren’t getting good return for his effort. It so happens that since the announcement, Mr. Trump’s rating has been going up and up and up.

First, Trump has always been braggadocious; since the 2008 presidential elections, he has been threatening to run for president. In 2012, he upped the ante by organizing a public, televised forum to which he invited the Republican candidates bidding for the seat of the presidency. The objectives were to find out whether there was anyone candidate worthy of running for the presidency; if not, Trump threatened he would throw his hat into the ring. When the candidates, one by one, declined to participate in the forum, Mr. Trump went berserk; he called them various names and finally tagged them all as losers but he did not make good on his threat to bid for the presidency. Mr. Trump finally settled down; he gave a heartfelt endorsement to Mitt Romney, “It’s my honor, real honor, to endorse Mitt Romney” Trump said. To Mr. Trump’s disappointment however, Romney doesn’t feel the same way, “I will support the Republican nominee. I don’t think that’s going to be Donald Trump,” Romney said of the 2016 presidential election cycle.

Second, Trump is not a politician and refuses to act or be treated like one. Most pundits have certain expectations of candidates bidding for the seat of the presidency; those expectations have become de facto gauges for analysis of candidates. Fortunately (or unfortunately), Trump doesn’t live by anyone’s expectation. He conducts the business of running for president much like he runs his own business. Trump is in total control of what happens in and to his campaign. Even his campaign manager can simply repeat, confirm or re-affirm Trump’s statement – campaign manager would usually spin away negative comments by the candidate – Political strategists perceive that as a big disadvantage in the world of politics.

Third, Trump completely changed the political landscape in regards to campaign financing. Before Trump, the candidate who had raised the most money was usually in the best position to win the nomination. Had it not been for the Trump factor, Jeb Bush could have been that candidate in the 2016 election cycle. In general, the amount of money a candidate is able to raise would give that candidate more “mudslinging” power than the others, thus the ability to wipe out (mud out is probably a better term) the competition irrespective of the candidate’s ability. Think George W. Bush vs. John McCain in the 2000 presidential election cycle. Donald Trump has thus far made all the money raised by all the candidates and their SuperPacs a useless exercise. Shouldn’t that be considered good for the election process? Ironically, Mr. Trump is not spending much money on marketing his brand either.

Fourth, Trump speaks his mind, something that is sorely missing in the political discourse. There is no denying that Donald is in dire need of refined language but one should not discard his honesty or trade it for anyone who would simply lie his/her way to the White House. We all know too well that politicians lie about everything; they do not speak their minds truthfully. They say what the constituents want to hear; they say what’s expedient. They’d say anything to get a vote. Trump, on the other hand, says what’s on his mind; it may not be popular but at least the constituents know where they stand. Or do we prefer to be lied to? In regards to the “Ban All Muslims From Entering the U.S.” statement for instance, everyone had rallied against Trump including those who feel the same way. The Republican leaders in the House passed a bill on November 19, 2015 to halt the coming of the Syrian refugees in the country. Trump’s statement is harsh but is it any worse than the actions of the Republicans in the House?

It seems as if both the pundits and the constituents continue to yearn for the “business as usual” style presidential election process; candidates raise money, mudsling one another and the last man standing becomes the nominee. To judge by the reactions of those who ought to be impartial in the news reporting business, changes in our political system could be just a dream that may never come true, unless of course Donald Trump wins the nomination.

One thought on “What If Donald Trump Becomes The Nominee?”