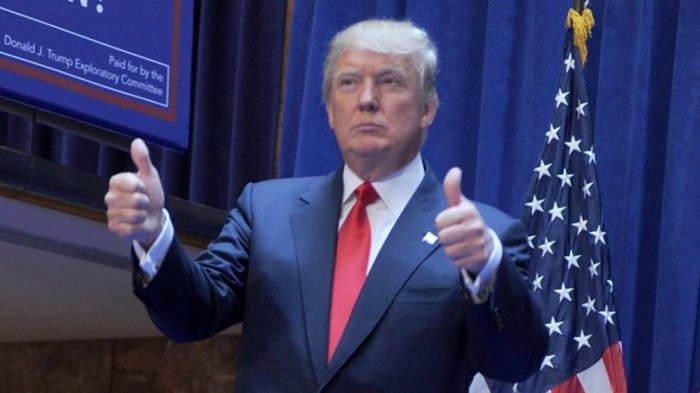 Donald Trump announcement as candidate for president is reminiscent of the Herman Cain 2012 presidential bid. It is funny, hilarious and downright entertaining. For starter, it is reported that Trump’s campaign hired actors to attend his announcement, not just to hear about his vision for America but also to cheer him during the course of the announcement. Like most candidates who are not seasoned politicians, Mr. Trump started on the wrong foot; then again, maybe not. Mr. Trump is known for his extravaganzas, his boisterous behavior and his loose tongue; don’t expect anything less. We probably all know that Mr. Trump is egocentric and doesn’t back down from a fight; that may actually be a good thing for the Republican Party.

While comedians have been having the time of their lives since the announcement, and for good reason (see Jon Stewart talking about the Donald Trump announcement), Donald Trump addition to the long list of Republicans seeking the office of the presidency will not just be entertaining but will also force the other candidates to pay attention to the issues which matter to Trump and to address them. If we know one thing about Donald Trump, he is not one to walk away from a fight easily, usually; he is not one to accept losing. Although we predict Trump’s campaign may be short lived, not for lack of financing, – during his announcement, Mr. Trump made it clear what his net worth is – but because Mr. Trump is a businessman first. He looks at everything he does in term of return on investment (ROI). To run for office, unless he could move up fast in the polls, doesn’t have any immediate tangible return (financial or otherwise); if anything, this venture will take Mr. Trump away from making money, something he may not be able “to stomach” for long.

So, what should we expect from Donald Trump as a candidate?

Despite the ridicule endured by Mr. Trump since the announcement, one should not discard or minimize his influence in the debates on many issues. Any candidate who would dare to ignore, cross or attempt to sideline Mr. Trump would do it at his/her own peril. Love him, hate him, ridicule him, at least Mr. Trump makes a semblance of addressing issues (sort of) he cares about (which some constituents might too). Thus far, all other candidates have one common plan for the country, undo everything Obama has implemented (from Obamacare to Foreign relations) without offering any logical or substantial alternative. This is the irony of election cycles in the country, nobody cares, not the politicians seeking office, not even the constituents who claim to be tired of Washington corruption, unwillingness and inability to fix any problem. With Mr. Trump in the mix, one can hope that his bombastic (truly unorthodox) approach to seeking the office of the presidency would gain enough attention (as if he has not yet) to force discussions of issues Mr. Trump would consider important for debate.

Watch how Mr. Trump will veer the discussion in the first debate – slated for August 6, 2015 at 9pm in New Hampshire – especially when asked questions he may have no clue what the answer should be. If history is any guide, Mr. Trump’s rating (just like Herman Cain’s in 2012) will go up fast (in flames), probably surpassing all others, an outcome that will surely fire up the Trump’s campaign in anticipation of securing the nomination. However, it could become obvious to Mr. Trump that to run for office is a very taxing endeavor, the return is very fluid (if at all) and the candidate has no direct control over the outcome, something Mr. Trump may not be able to live with for long.

As previously suggested, Donald Trump run for president is expected to be short lived – if he doesn’t do well in the polls – and very entertaining. That’s not all there will be to the Trump’s campaign however; Mr. Trump will certainly make a marked difference in the 2016 presidential election but we are most anxiously anticipating the moment when Mr. Trump would decide to bow out. Herman Cain dropped out quoting a line in the Pokemon movie. Which movie line would Mr. Trump use? A suspense worth waiting for…