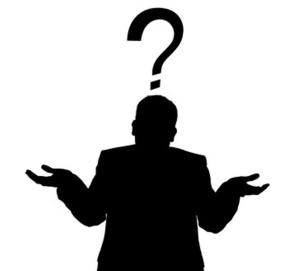 There is no good that can possibly come out of society’s dictate in regards to individual’s worth; so, we’re better off ignoring it completely. Besides, society is very rarely (if ever) right in creating dictates which elevate individuals instead of belittling them. Interestingly, nature has a way of teaching us that society is indeed wrong in its approach to individual’s worth.

Let’s consider the following scenario: if an area is flooded and there is no rescue team nearby to save the residents (none of which can swim) but the despised, ignored, invisible homeless man (once a swim champion) is swimming his way out of the area, one would not think at that very moment which of us matters more, which of us must be saved, for everyone would want to be saved before everybody else. At that critical moment where one’s life is held by a thread, each individual wants to be saved, to get the hell out of the area before the next individual irrespective of his social status, wealth or influence in society.

Take this survey before reading further

Let’s suppose the homeless man offers to save the residents, which wealthy man would pass up the opportunity? Or would he think the homeless man does not matter much to save him? That scenario seems to suggest that although society may dictate individuals’ worth based on social status or sphere of influence, circumstances (of life) have a way of completely destroying society’s premise (to individuals’ worth). If one were to attribute worth at that moment, the homeless man seems to hold all the aces. After all, the residents (including the influential individual) may perish if the situation deteriorates.

Let’s consider a third scenario; let’s suppose that the homeless man is the one deciding which one to save instead of leaving the decision to the residents. Imagine that scenario for a minute; the homeless man, the invisible guy everyone avoided in the past is suddenly in a position where one’s survival is completely dependent on the homeless man. If he didn’t matter before (in his own eyes and others’), he would suddenly become the one that matters.

As the flood example illustrates, although society’s dictate would place the wealthy individual above the homeless man, circumstances of life can change the balance of worthiness. Whether one matters (in essence, everyone does matter) is the individual’s own reasoning but one should not be quick to conclude it’s that simple. After all, we are all influenced by society since birth. To shed this thick flawed gauge used in society, one would have to remove himself completely from the environment, not an easy feat. It is however worth putting the effort, although it really means to do it mentally.

Consider that Robin Williams committed suicide (he ended his life on August 11, 2014) on the premise he no longer mattered, became depressed ‘till the day of the tragedy. By all accounts, Robin was an accomplished individual, a successful comedian and a well admired actor but Robin accepted society’s dictate that he no longer mattered (his last show The Crazy Ones [September 26, 2013 – April 17, 2014] was cancelled after just one season). Robin Williams’ suicide is just one of the many tragedies that happen everyday around the world caused almost entirely by society’s dictate on individual’s worth. There is absolutely no good to accepting society’s dictate, not on your account.

How then do we gauge individual’s worth? On the next Reflection, I’ll explore how to gauge your own worth, bypassing society’s dictate. In the meantime, if you’re still not sure whether you matter, drop us a line; we’ll shed more light into the topic.