Remark: the reason to impeach Obama may change without warning, and we are under no obligation to notify you before the change. Update: since we published this article, the “Impeach Obama Van” is filling up fast. To get first row seat for the show, you must act now; there are just a handful of tickets left. 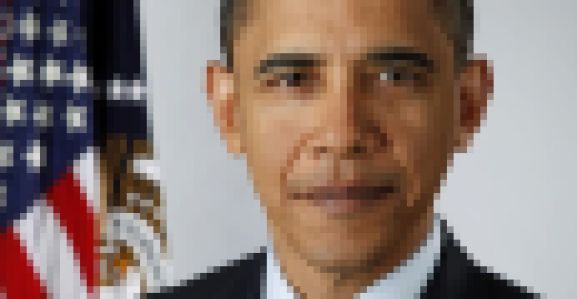 What should Obama be impeached for today?
From the first day Obama took oath of office as President of the United States, there is been a movement to impeach him. The reason for impeachment varies greatly. It really depends on the direction of the wind. For any average intelligence minded individual, it should be easy to recognize that those who’ve been beating the drumbeat of impeachment are either clueless or completely ignorant. The impeachment of a president requires an impeachable offense – we’ll get to that in a minute – Your dislikes of a president are not ground for impeachment. The calls for impeachment are quite interesting; the offenses for which Obama is to be impeached have changed very often and with time. Obama was to be impeached for being an illegitimate president; after all, the “impeachment callers” have plenty of proof that he was not born in the United States. After a couple of years of dancing to the illegitimate president song of impeachment, new lyrics were made possible, courtesy of events and tragedies the Obama administration has had to deal with.

The Fast & Furious Project
Operation Fast & Furious was put in motion in an effort to capture and arrest Mexican drug cartel leaders. Operated out of the Arizona Field Office of the United States Bureau of Alcohol, Tobacco, Firearms and Explosives (ATF), the gist of the operation consisted in purposely allowing licensed firearms dealers to sell weapons to illegal buyers; the ATF hoped to track those guns would lead them directly to the “top dogs” of the drug cartel operations. To that end, they conducted a series of sting operations between 2006 and 2011. The Republicans have claimed that it was a ploy by the Obama administration to put more gun legislations. As of date, that’s still not the case. In fact, it would not be until the Sandy Hook massacre that Obama has called for more and/or better gun legislations. The anti-Obama crowd perceives the failure of the operation as opportunity for impeachment. To be fair, it was an ill-conceived operation; it bogs the mind as to which genius came up with that plan. Regardless, the call for impeachment for Fast & Furious proves that most anti-Obama fanatics have no clue what an impeachable offense is.

The IRS Scandal
The Internal Revenue Service (IRS) Scandal, so called by the anti-Obama crowd, was IRS own doing. In 2013, IRS revealed that it had selected political groups applying for tax-exempt status for intensive scrutiny based on their names or political themes. Per IRS guidelines (tax law), political organizations that apply for tax exempt status (501(c)(3), 501(c)(4)) cannot be involved in political activities that support or oppose a candidate running for public office. Coincidentally, before the 2012 presidential election, the number of such applications had more than doubled; it was a red flag that required further scrutiny. Naturally, Republicans cry wolf. They claimed that most (83%) of the applications that received the most scrutiny were from conservative organizations. Notwithstanding the veracity of that claim, the Republicans surmised that the White House had to be involved. The theory was that the Obama administration attempted to clamp down the Conservative movement effort to prevent his re-election. If those claims were true, that would indeed be an impeachable offense; ironically, according to a May 2013 publication on Salon.com, all applications except one (1) were approved by the IRS. In addition, the rejected application was from the opposite camp, a Democrat leaning organization who would support Obama effort for re-election.

The Benghazi Saga
On September 11, 2012, a group of Islamic militants attacked the American Embassy in Benghazi, Libya, killing U.S. Ambassador J. Christopher Stevens and several other personnel. A world away, with no credible source of information to provide update on the status of the situation, and unwilling to appear clueless to the nation, the Obama administration paraded the White House mouthpiece (National Security Advisor Susan Rice) and other trusted personnel to various TV networks to offer an explanation. That did more harm than good. As the dust settled, accurate information of the tragedy trickled in, some of which were in stark contradiction to the administration talking points immediately after the event. The Republicans cry foul. Wasting no time, they form a committee to investigate possible cover-up by the White House. At the most however, the Obama administration is guilty of the childish act of trying to explain away something it was completely clueless about; not even CIA could shed light into the matter at that time.

And The Rest
As far as Republicans are concerned, whatever Obama does or does not do is an impeachable offense. Led by extremists of the Party, they put Obama’s every move through scrutiny as never before. While the drumbeat of impeachment may please some, it is hardly a call for change or a solution for the many problems the country has faced for the past few decades. It is however troubling that so few Americans understand the office of the Presidency. Ignorance, they say, is the engine of radicalism; fanaticism fuels the engine, leading inevitably to self-destruction but also unfortunately harm to others. No president is ever liked by everyone, even the most populist. Dislikes for a President are never ground for his impeachment, and any call for such simply proves that the level of ignorance regarding the functioning of the government runs deep; that requires immediate attention.