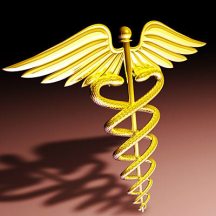 Raging debates on healthcare issues in the United States are nothing short of a nightmare for the ill, especially those with pre-existing conditions.

More than three years ago, the Patient Protection and Affordable Care Act (PPACA) aka Obamacare that was passed into law and became effective in January 2014 provides health coverage for more than 30 million uninsured individuals, including children under 26 and those with pre-existing conditions.

Most industrialized nations, including Japan, South Korea, Australia and Canada have long realized that it is a moral obligation for the governments to provide coverage for all their citizens, especially those who are unable to afford it. Here in the United States, the debates surrounding the issues are not to find a solution but rather to prevent coverage for those who can’t afford it from happening in the first place.

To muddy the issue, every imaginable and unrelated topic (from socialism to fascism) is thrown into the debates. As it stands today, one thing is very clear, there are two very distinct camps:  one camp wants everyone to have healthcare coverage, the other doesn’t. It’s that simple.

The camp that opposes coverage for everyone brings to the debates every concern they can concoct, from death panel to, well everything, except healthcare coverage for all. One must not be naive to think that those who oppose health coverage are interested in solving any healthcare problem. The proof: the initiative to provide national health insurance started with President Theodore Roosevelt in 1912. The main goal of those who oppose health coverage for all is to kill any conversation and block any initiative that gears towards a healthcare solution.

Watch this column as we delve into the details of the Pros & Cons of Obamacare.

Note: if you want to contribute to this or any topic related to politics and social issues, drop me a line at: mducheiney@gmail.com . Please mention CONTRIBUTOR in the subject line.