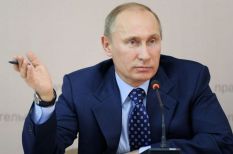 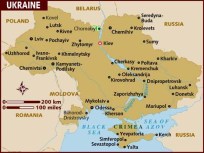 Whatever one may think of Vladimir Putin, the Russian President, in regards to the crisis in Ukraine, it’s difficult to understand the rationale for US involvement. First, Ukraine is in Russia’s backyard; second, lawmakers in Crimea voted unanimously (78-0) to split from Ukraine and join Russia. While the world may disagree on Russia’ stand and quite probably on the best course of action, it is however counterproductive for US to even suggest sanctions against Russia, let alone initiate the process.

Irrespective of the politics here at home, it is a route the Obama administration should have avoided at all cost. First, the irrational maneuver to establish sanctions is more a bullying approach than diplomacy; second, the approach opens the door for hardliners in Putin’s administration to push their agendas and opens the wounds of the Cold War or even paves the way for the start of another one; third, there are currently two major developments in the Middle East that require Russia help to bring those negotiations to a successful conclusion: Syria and Iran, both of which have good to strong relations with Russia.

The Obama administration shouldn’t delude itself that Russia would simply rollover and cooperate in those and future talks; in fact, Vladimir Putin already promised to retaliate against US sanctions. After more than 100 years in the world stage, the US government knows of only one way to solve problems: the use of force. Unfortunately this time, such option is not available with Russia; the US government resorts to the second best option: bullying. Sadly, this is an approach that would not produce the intended outcome.

Whatever one may think of the way Putin is handling the crisis in Ukraine, it is not US problem and the US government should let EU handle that matter. We should stop meddling in other countries’ affairs. In the 2012 State of the Union address, Mr. Obama promised “to do more nation building at home”. Mr. President, it’s time to honor your promise; it’s time to start nation building at home. There is a lot to do. Let’s get started!

At home, that is.